Johnson, The Lion, Don Lambert and others tried to do this, too, but their efforts seem weak and piecemeal next to Tatum's. Great as they were, ... Of course he was the fish, too, and the wind and the I 26 Too Marvelous for Words. 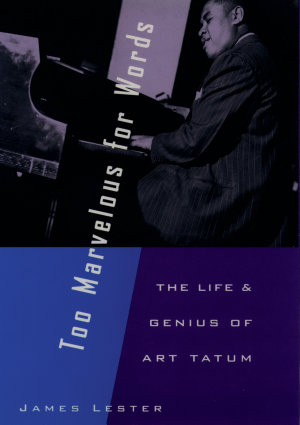 Art Tatum defined the limits of the possible in jazz piano. Gunther Schuller called Tatum's playing "a marvel of perfection.... His deep-in-the-keys full piano sonority, the tone and touch control in pyrotechnical passages...are miracles of performance." Whitney Balliett wrote "no pianist has ever hit notes more beautifully. Each one--no matter how fast the tempo--was light and complete and resonant, like the letters on a finely printed page." His famous runs have been compared to the arc left against the night sky by a Fourth-of-July sparkler. And to have heard him play, one musician said, "was as awe-inspiring as to have seen the Grand Canyon or Halley's Comet." Now, in Too Marvelous For Words, James Lester provides the first full-length biography of the greatest virtuoso performer in the history of jazz. Before this volume, little was known about Tatum, even among jazz afficionados. What were his origins, who taught him and who provided early pianistic influences, how did he break into the jazz field, what role did he play in the development of other jazz players, and what was he like when he wasn't playing? To answer these questions, Lester has conducted almost a hundred interviews for this book, with surviving family, childhood friends, schoolteachers, and the famous jazz musicians who played with him or knew him. Lester creates a memorable portrait of this unique musician and of the vibrant jazz world of the 1930s and 1940s, capturing the complexity and vitality of this remarkable performer. Tatum, who was virtually blind, suffering between 70% and 90% visual impairment, emerges as cheerful, fun-loving, energetic and out-going, with none of the demonic self-destructiveness that seemed to haunt such jazz greats as Charlie Parker or Billie Holiday. He often joked about his blindness, but did not like it mentioned as a handicap and preferred to pre-plan his entrance to the piano in a club, rather than have someone lead him there. He was simply inexhaustible and had a life-long habit of staying up all night after a gig, usually seeking an after-hours club in which to listen and play until daybreak. Lester also reveals that Tatum was generous with younger players, but his extraordinary technical brilliance often devastated them. No less a talent than Oscar Peterson remembers that after first hearing Tatum, "I gave up the piano for two solid months, and I had crying fits at night." And Les Paul remarked that after hearing Tatum for the first time, he quit piano completely and began playing guitar. Perhaps most important, Lester provides a thorough, knowledgeable discussion of Tatum's music, from his early influences, such as stride pianist Fats Waller, to his mature style in which Liszt, Rachmaninoff, Debussy, Waller, and Earl Hines all became grist for his harmonic mill. From unexceptional origins in Toledo, Ohio, Art Tatum evolved into a world-class musician whose importance in jazz is comparable to Louis Armstrong and Charlie Parker and whose command of the piano captured the admiration of Horowitz and Paderewski. Too Marvelous For Words is the first full portrait of this extraordinary musical genius. 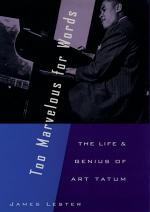 Too Marvelous for Words 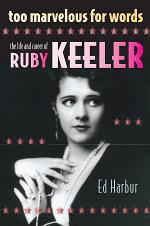 Too Marvelous for Words: The Life and Career of Ruby Keeler 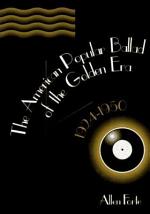 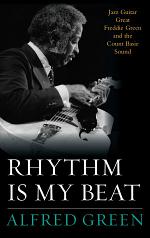 Rhythm Is My Beat

Too Marvelous For Words: The Magic of Johnny Mercer

Authors: Johnny Mercer
Categories: Songs with piano
Books about Too Marvelous For Words: The Magic of Johnny Mercer