' DAILY MAIL 'Nothing short of genius.' WOMAN & HOME 'Elegant, sinister, stylish and thrilling, The Maidens answers the weighty question, how do you go about following one of the biggest thrillers of the past decade? 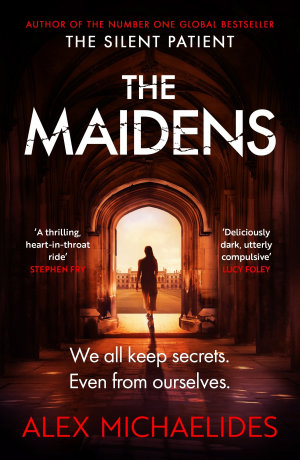 We all keep secrets. Even from ourselves. 'A thrilling, heart-in-throat ride' STEPHEN FRY 'An absolute jaw-dropper' LUCY FOLEY 'Elegant, sinister, stylish' CHRIS WHITAKER 'Grips from start to finish' HARRIET TYCE * * * * * From the #1 New York Times bestselling author of The Silent Patient comes a spellbinding tale of psychological suspense, weaving together Greek mythology, murder, and obsession... Edward Fosca is a murderer. Of this Mariana is certain. But Fosca is untouchable. A handsome and charismatic Greek tragedy professor at Cambridge University, Fosca is adored by staff and students alike - particularly by the members of a secret society of female students known as The Maidens. Mariana Andros is a brilliant but troubled group therapist who becomes fixated on The Maidens when one member, a friend of Mariana's niece Zoe, is found murdered in Cambridge. Mariana, who was once herself a student at the university, quickly suspects that behind the idyllic beauty of the spires and turrets, and beneath the ancient traditions, lies something sinister. And she becomes convinced that, despite his alibi, Edward Fosca is guilty of the murder. But why would the professor target one of his students? And why does he keep returning to the rites of Persephone, the maiden, and her journey to the underworld? When another body is found, Mariana's obsession with proving Fosca's guilt spirals out of control, threatening to destroy her credibility as well as her closest relationships. But Mariana is determined to stop this killer, even if it costs her everything - including her own life. * * * * * 'There's definitely a flavour of The Secret History to Alex Michaelides's second novel ... The Maidens is a compelling read, and delivers its Hellenic thrills in style.' SUNDAY TELEGRAPH 'A book which screams 'make me into a TV series' ... his writing, especially his characterisation, possesses a unique sparkle and more promise than most other writers.' DAILY MAIL 'Nothing short of genius.' WOMAN & HOME 'Elegant, sinister, stylish and thrilling, The Maidens answers the weighty question, how do you go about following one of the biggest thrillers of the past decade? You write something even better.' CHRIS WHITAKER, bestselling author of WE BEGIN AT THE END 'Grips from intriguing start to horrifying finish ... A brilliant achievement.' HARRIET TYCE 'A page-turner of the first order' DAVID BALDACCI 'The greatest campus novel since The Secret History by Donna Tartt ... with a climatic twist that you will NEVER see coming.' TONY PARSONS 'A stunning psychological thriller ... Michaelides is on a roll.' PUBLISHERS WEEKLY 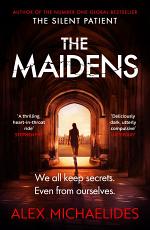 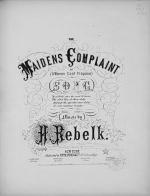 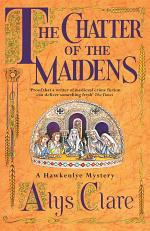 The Chatter of the Maidens

Authors: Alys Clare, Elizabeth Harris
Categories: Fiction
The serenity of Hawkenlye Abbey has been disturbed by the arrival of a new nun and her two young sisters. Recently orphaned, Alba has had to leave her convent at Ely to take her grieving sisters far away from the scene of their sorrow. However Abbess Helewise cannot quite believe 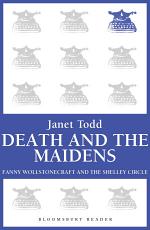 Death and the Maidens

Authors: Janet Todd
Categories: Biography & Autobiography
1816 was the fateful year when the Romantic poet Shelley and his lover Mary shared a hectic creative and sexual menage in Switzerland with Lord Byron. This intense period drew from the men some of the greatest poetry of the age; from Mary, it elicited the seminal figures of Frankenstein