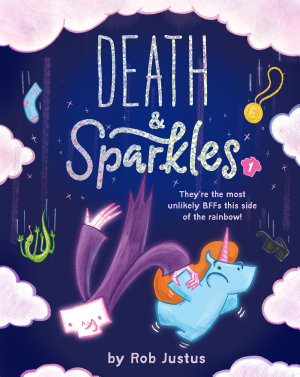 Adventure Time meets The Good Place in this zany-yet-philosophical graphic novel buddy comedy about the unlikely friendship between Death, a grim reaper who's never had a friend, and Sparkles, The Last Unicorn, a celebrity influencer who is somehow immune to Death's touch. Being Death is no way to live. Sure, you're all-powerful, but collecting souls involves a ton of paperwork, and it's impossible to have friends when everything you touch instantly dies. Being Sparkles the Last Unicorn isn't as fun as you'd imagine, either. Maybe it seems like the whole world wants to be your bestie, but really people just want you to pose with them for selfies, or use you to help them sell stuff. Everything changes when Death and Sparkles meet and realize they might just be one another's first chance at a real friend. But before they can even enjoy the bromance, the whole world starts freaking out about this unlikely pair. Will fame or BFFdom prevail? Laugh-out-loud hilarious, gently philosophical, and full of delightfully zany exuberance, this buddy comedy turns friendship on its head—literally—and will have readers believing in the power of cupcakes for breakfast and cosmic camaraderie. HILARIOUS BUDDY COMEDY: Move over, Wayne and Garth! Move over, Beavis and Butthead! Readers will love this spin on the classic mismatched BFF dynamic featuring two of the most powerful beings around: the guy in charge of taking everyone's life, and the most magical creature still in existence on Earth. Never have two beings been less alike or more adorable. PERFECT FOR RELUCTANT READERS: With bright, vibrant illustrations, big fun fonts, expressive sound effects throughout, an irreverent spirit, and a heart full of cupcakes, this graphic novel will entice even the most skeptical of young readers. BIG THEMES: Self-awareness; empathy; bravery; commercialism; celebrity influencers; and the courage to stand up for what you believe in, even if that's the hard thing to do—all of these important themes weave throughout the book in subtle ways that will resonate with readers without feeling heavy-handed. THE FIRST ADVENTURE OF MANY: This is the first book in a planned series about the adventures of Death and Sparkles. The next book will be out in Fall 2022! LIKE LIVING IN CANDYLAND: Rob Justus's expressive, vivid art makes readers feel like they're living in Candyland. With tons to see on every page, and countless visual gags per spread, this book will delight graphic novel fans and bring new readers to the genre. Perfect for: • Reluctant readers • Parents • Fans of graphic novels • Fans of unicorns • Educators 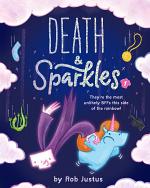 Authors: Rob Justus
Categories: Juvenile Fiction
Adventure Time meets The Good Place in this zany-yet-philosophical graphic novel buddy comedy about the unlikely friendship between Death, a grim reaper who's never had a friend, and Sparkles, The Last Unicorn, a celebrity influencer who is somehow immune to Death's touch. Being Death is no way to live. Sure, 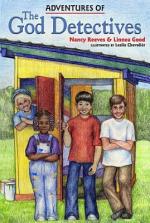 Adventures of the God Detectives

Authors: Nancy Reeves, Linnea Good
Categories: Christian fiction, Canadian (English)
For ages 6-10. When seven-year-old Tabitha hears a message from Jesus while listening to a Bible story, she tells her three best friends -- Emma, Jacob, and Fu-Han (who are aged eight and nine). Intrigued by her experience, the friends find themselves wondering about how God speaks to people, and 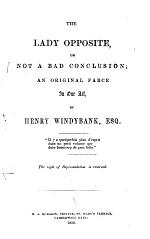 The Lady Opposite ... An Original Farce in One Act [and in Prose].

Authors: Henry WINDYBANK
Categories: Christian fiction, Canadian (English)
Books about The Lady Opposite ... An Original Farce in One Act [and in Prose]. 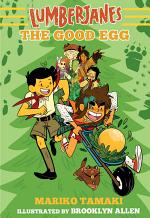 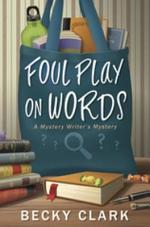 Authors: Becky Clark
Categories: Fiction
Between a kidnapping, a double booking, and a crew of hapless volunteers, Charlee worries the writing conference will go to the dogs. Mystery author Charlee Russo agrees to speak at a Portland writers' conference organized by her friend Viv Lundquist. When Viv picks her up at the airport, she frantically