Part of the charm of Ford's book is the way in which he leavens his well-researched descriptions of the scientific work with brief tales of his life away from weapons. 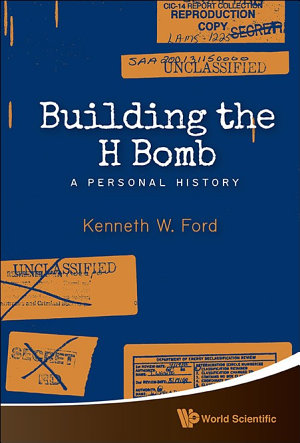 IN THE NEWS Podcast — Building the H Bomb: A Personal History Hosted by Milt Rosenberg (1590 WCGO), 25 June 2015 Building the H-Bomb: The Big Idea APS News, June 2015 (Volume 24, Number 6) Behind the Making of a Super Bomb The Washington Post, 22 May 2015 Hydrogen Bomb Physicist's Book Runs Afoul of Energy Department The New York Times, 23 March 2015 More In this engaging scientific memoir, Kenneth Ford recounts the time when, in his mid-twenties, he was a member of the team that designed and built the first hydrogen bomb. He worked with — and relaxed with — scientific giants of that time such as Edward Teller, Enrico Fermi, Stan Ulam, John von Neumann, and John Wheeler, and here offers illuminating insights into the personalities, the strengths, and the quirks of these men. Well known for his ability to explain physics to nonspecialists, Ford also brings to life the physics of fission and fusion and provides a brief history of nuclear science from the discovery of radioactivity in 1896 to the ten-megaton explosion of “Mike” that obliterated a Pacific Island in 1952. Ford worked at both Los Alamos and Princeton's Project Matterhorn, and brings out Matterhorn's major, but previously unheralded contribution to the development of the H bomb. Outside the lab, he drove a battered Chevrolet around New Mexico, a bantam motorcycle across the country, and a British roadster around New Jersey. Part of the charm of Ford's book is the way in which he leavens his well-researched descriptions of the scientific work with brief tales of his life away from weapons. Contents:The Big IdeaThe ProtagonistsThe ChoiceThe Scientists, the Officials, and the PresidentNuclear EnergySome PhysicsGoing WestA New WorldThe Classical SuperCalculating and TestingConstructing MatterhornAcademia CowersNew Mexico, New York, and New JerseyThe Garwin DesignClimbing MatterhornMore Than a Boy Readership: A memoir for general readership in the history of science. Key Features:It contains real physics, clearly presented for non-specialistsCombining historical scholarship and his own recollections, the author offers important insights into the people and the work that led to the first H bombPersonal anecdotes enliven the bookKeywords:Nuclear Weapons;Atomic Weapons;H Bomb;Thermonuclear Weapons;Nuclear Physics;Nuclear History;Thermonuclear History;Los Alamos;Edward Teller;Stanislav Ulam;John Wheeler;Project MatterhornReviews: “It was a great treat to read a book that's well-written, informative, and gets the science right. It is these personal recollections and descriptions; the fact that it is a personal and first-hand account of a unique time in history and a remarkable scientific and technical achievement that made this book so enthralling. This is an engaging account of a young scientist involved in a remarkable project.” P Andrew Karam The Ohio State University “Ford's book is a valuable resource for anyone interested in the history of the H bomb and its role in the Cold War, and in how that work affected the life and career of an individual involved.” Physics Today "Personal memories are the book's greatest strength. Ford doesn't glorify, or apologize for, his work on the H-bomb. He simply tells it as it was. As a result, this is an engagingly human glimpse into the world of physics in the US in the early 1950s." Physics World 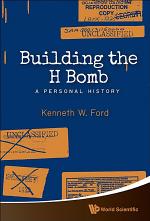 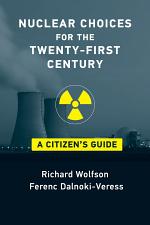 Nuclear Choices for the Twenty-First Century

Authors: Richard Wolfson, Ferenc Dalnoki-Veress
Categories: Science
An authoritative and unbiased guide to nuclear technology and the controversies that surround it. Are you for nuclear power or against it? What's the basis of your opinion? Did you know a CT scan gives you some 2 millisieverts of radiation? Do you know how much a millisievert is? Does 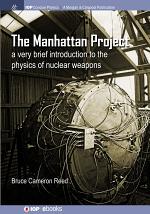 Authors: B. Cameron Reed
Categories: Science
The development of nuclear weapons by the Manhattan Project during World War II was one of the most dramatic scientific/technological episodes in human history. This book, prepared by a recognized expert on the Manhattan Project, offers a concise survey of the essential physics concepts underlying fission weapons. The text describes 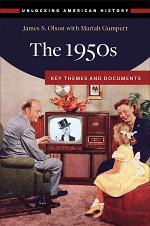 The 1950s: Key Themes and Documents

Authors: James S. Olson
Categories: History
This volume serves as an invaluable guide to key political, social, and cultural concepts of the 1950s. • Provides rigorously and thematically tags of encyclopedic entries, period chronology, and primary documents for ease of reference • Serves as a valuable reference source for a key period of American History • 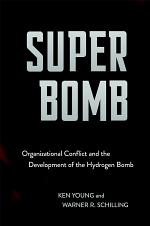 Authors: Ken Young, Warner R. Schilling
Categories: Political Science
Super Bomb unveils the story of the events leading up to President Harry S. Truman's 1950 decision to develop a "super," or hydrogen, bomb. That fateful decision and its immediate consequences are detailed in a diverse and complete account built on newly released archives and previously hidden contemporaneous interviews with