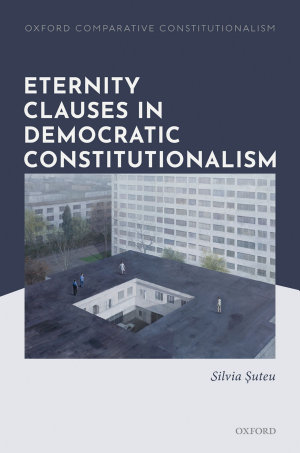 This book analyses unamendability in democratic constitutionalism and engages critically and systematically with its perils, offering a much-needed corrective to existing understandings of this phenomenon. Whether formalized in the constitutional text or developed as part of judicial doctrines of implicit unamendability, eternity clauses raise fundamental questions about the core democratic commitments underpinning any given constitution. The book takes seriously the democratic challenge eternity clauses pose and argues that this goes beyond the old tension between constitutionalism and democracy. Instead, eternity clauses reveal themselves to be a far more ambivalent constitutional mechanism, one with greater and more insidious potential for abuse than has been recognized. The 'dark side' of unamendability includes its propensity to insulate majoritarian, exclusionary, and internally incoherent values, as well as its sometimes purely pragmatic role in elite bargaining. The book adopts a contextual approach and brings to the fore a variety of case studies from non-traditional jurisdictions. These insights from the periphery illuminate the prospects of unamendability fulfilling its intended aims - protecting constitutional democracy foremost among them. With its promise most appealing in transitional, post-conflict, and fragile democracies, unamendability reveals itself, counterintuitively, to be both less potent and potentially more dangerous in precisely these contexts. The book also places the rise of eternity clauses in the context of other significant trends in recent constitutional practice: the transnational embeddedness of constitution-making and of constitutional adjudication; the rise of popular participation in constitutional reform processes; and the ongoing crisis of democratic backsliding in liberal democracies.