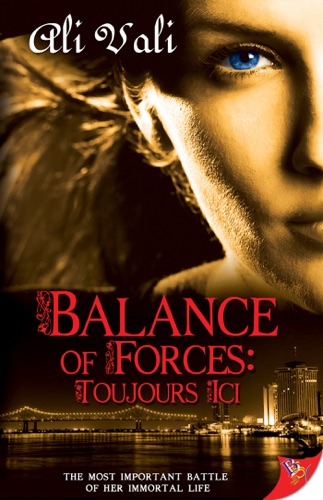 Kendal Richoux’s life began during the reign of Egypt’s only female pharaoh. After accepting the opportunity to drink the elixir of the sun, Kendal becomes immortal and the Genesis Clan’s slayer. History has taught her the dangers of getting too close to anyone who hasn’t harnessed the power of time.

After many years, she returns to New Orleans to finish a job she’s trained for all her life. It’s time for her to face her brother Henri, and it will have dire consequences to mankind if she fails.

Piper Marmande believes Kendal has come to take over the company her family has built over generations. As Kendal prepares for the most important battle of her long life, Piper does her best to uncover every one of Kendal’s secrets, making herself a distraction Kendal can’t afford as she hunts Henri and Ora, the vampire who seduced him to a life of darkness.