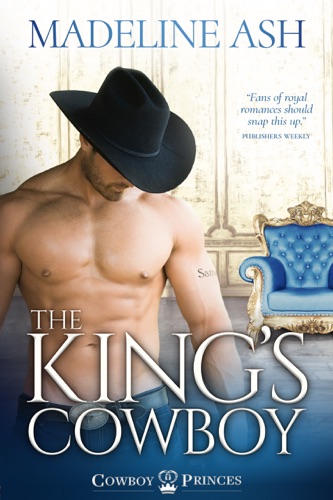 He’s the reclusive king no one expected—in love with the cowboy he left behind.
Prince Tommy Jaroka’s social anxiety rules his life. And it weighs heavier than the crown when an attack drives him to step up and lead. A king can’t hide from his people.
Disguised, he throws himself into local nightlife in a bid to confront his demons, and is blindsided by an entirely different pain—his best friend of twenty years and secret love, Jonah Wood. Battling public duties and a threat to the throne, Tommy has no fight left to hide from the sweetest man this side of the sun.
Jonah has spent his whole life not belonging. Not with his family, not in small-town Montana, and—he learned when Tommy ended their friendship with a royalty bombshell—not by Tommy’s side. Now, half a world away in a city like a rainbow, he can finally be himself. Until Tommy appears, intense in his true royal power, with a confession that changes everything.
It shouldn’t matter that Tommy’s feelings take root in Jonah’s heart and bloom into something precious and eternal. Jonah would have to give up the life he’d always wanted to keep him—and a cowboy could never belong beside a king.