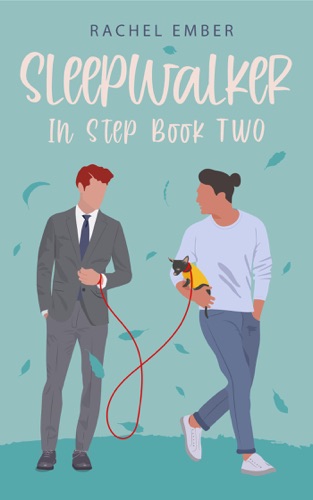 Oliver delights in control—at work as a top-tier lawyer, at home as a happy bachelor, and in the bedroom as a demanding Dom. That control slips when he meets Cujo, a stray Chihuahua who is just as vicious as she is tiny. Luckily, Blake, the young artist and dog-walker who comes to Oliver's aid, is a miracle worker. When Oliver works late or has to travel, Blake is a text away. When Cujo needs a sweater or allergy medicine and growls in that way that promises bloodshed, Blake is there to save the day.

It hasn't escaped Oliver's attention that in addition to being useful, Blake is also smart, funny, and sexy. But Oliver can control himself, no matter how wild his imagination runs when he considers what he'd like to do with Blake. Besides, what are the odds that Blake's tastes would intersect with Oliver's very specific kinks?

Blake's life is kind of a mess. He has nothing to show for his art degree except a portfolio reminding him that now, every time he gets in front of a canvas, he's struck with a splitting headache before he can create anything worthwhile. His dog-walking business isn't much of a business, really—it doesn't pay the bills—but it's the only thing he's done lately that he feels good about. Things don't seem like they could get any more bleak, and then he's busted for marijuana possession.

And when he's escorted to the courtroom in cuffs, the last person he expects to see on the bench in judge's robes is Oliver... the dog-walking client he's had a crush on since the day they met.