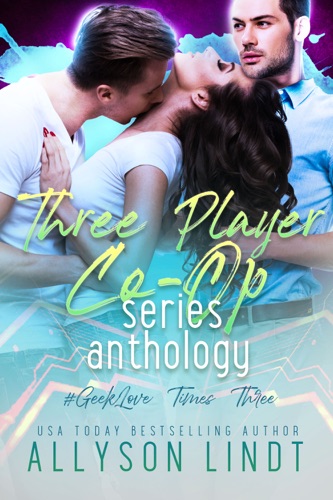 Five best friends find their happily ever afters in these five books featuring geeky heroines and the possessively sweet heroes who will move the world for the women they love.
Looking For It - Sadie
I know better than to hook up with my brother's best friends, but they've made me an offer I can't refuse. Can we cross that line without ruining the friendships we already have?

Waiting For It - Anne
My best friend's brother, my boss... the two men I spend my days working with and my nights fantasizing about.  When I find out they're doing the same, my world is turned upside down. When I learn their seduction is part of a bet, my world is shattered.

Asking For It - Lyn
I don't care that the two gorgeous men in the coffee shop give me obviously fake names when they hit on me. I don't expect to ever see them again. Then they show up in my shop the next days--it turns out they're the persistent jerks trying to buy my business out from under me.

Running For It - Violet
I walked away from the man I loved because the person his political career required him to be in public wasn't the same as the man behind closed doors. But a night with him and his best friend reminds me how much I miss their company. I can't walk away again, but I can't play by the same rules they do.

Fighting For It - Luna
When the media paints me as a hacking super villain, the only way to redeem myself is to step into the spotlight and prove them wrong. But the men I'm falling for are as publicity averse as I am, and my newly-found fame could shatter our world.

Author's Note: This set contains books 1-5 in the Three Player Co-op series. They are the same books available individually by these titles.

Two Plus One (Ménage Romance)
Their Nerd
Their Matchmaker

Null Equation (Dystopian Romance)
Over Exposed
Over Stimulated
Over Shared