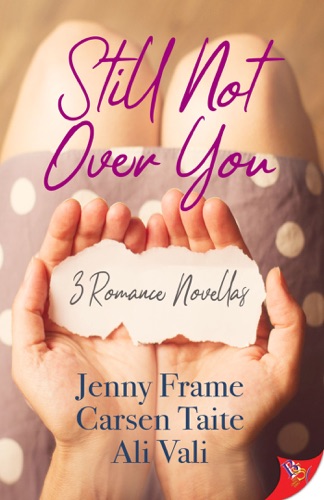 Old flames die hard in these tales of a second chance at love with the ex you’re still not over. Stories by award winning authors Jenny Frame, Carsen Taite, and Ali Vali.

In My Forever Girl by Jenny Frame, when tragedy tore their family apart, Brayden and Faith’s marriage ended in divorce. Four years later, they’re thrown together on a cruise by their friends. Can the spark that refused to die reignite the fire of their love?

In Double Jeopardy by Carsen Taite, Katie James didn’t plan on being a runaway bride. Twice. But when the gorgeous, accomplished, former love of her life, Emma Reed, reappears in her life the week of her wedding, will Katie risk everything for another chance with the woman who might be her soul mate?

In On the Rocks by Ali Vali, whiskey distiller Preston Maxwell still has no idea why her college sweetheart, Hayley Wyatt, disappeared from her life right after collecting her diploma. But when Hayley shows up to work on the advertising campaign that will take her business to the next level, Preston isn’t letting her get away a second time.