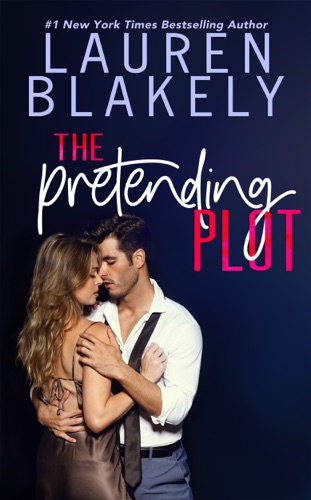 A delicious and all-new reimagining of Lauren Blakely's original fake fiancé romance!
I don't mean to just blurt it out. "Why, yes, I'm engaged!"
But once I say it to a potential client, there's only one logical thing to do—cast the role of my fake fiancé.
Easy enough. As a casting director, my job is to find the most talented players for every part, so I choose dreamy, edgy, sexy, sarcastic Reeve.
And I sign him up for one week in the role of mine.
It's not as if I'll fall for him in five nights even if we get a little cozy one night at the theater. It's not as if I'll want more even after a scorching afternoon in the stacks of the New York Public Library.
I can't let myself fall because on Friday at midnight the curtain drops on our fake romance . . .

The Pretending Plot is a reimagining of Pretending He's Mine, rewritten in first person, and expanded from a novella to novel length!