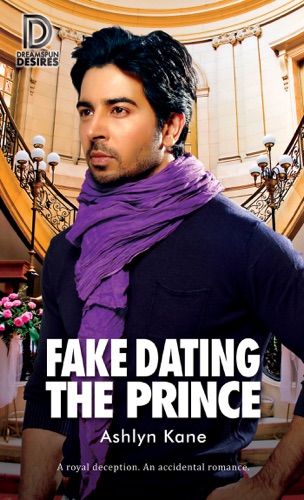 A royal deception. An accidental romance.

When fast-living flight attendant Brayden Wood agrees to accompany a first-class passenger to a swanky charity ball, he discovers his date—“Call me Flip”—is actually His Royal Highness Prince Antoine-Philipe. And he wants Brayden to pretend to be his boyfriend.

Being Europe’s only prince of Indian descent—and its only openly gay one—has led Flip to select “appropriate” men first and worry about attraction later. Still, flirty, irreverent Brayden captivates him right away, and Flip needs a date to survive the ball without being match-made.

Before Flip can pursue Brayden in earnest, the paparazzi forces his hand, and the charade is extended for the remainder of Brayden’s vacation.

Posh, gorgeous, thoughtful Prince Flip is way out of Brayden’s league. If Brayden survives three weeks of platonically sharing a bed with him during the romantic holiday season, going home afterward might break his heart….