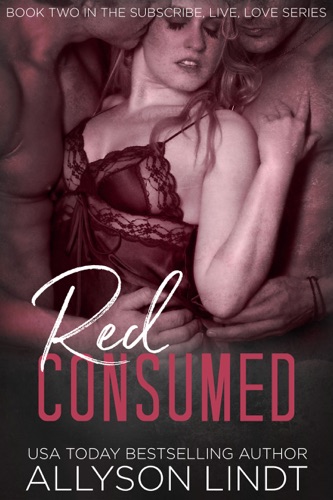 Parker made it through the first couple of months in the Rinslet Streaming competition, but he’s got several more elimination rounds to survive, to make it to the final round. He’s not complaining about the rush of a new city every few days, though. Especially when he’s spending it with Fiona, riding the high of a new relationship.

Even better, the sex is good. Really good.

Okay, so she’s pursuing a new contract, and that ties up a lot of her time. No big deal, as long as he gets to see her after hours.

And there’s the fact she still holds a torch for Wyatt—the a*****e who was willing to sacrifice her career for his own. Oh, and who also happens to be in almost every city they visit, since he works for the company Fiona is pitching.

But Parker knows Fiona is his. He’s okay with her exploring, especially when he’s a part of it. As long as they remember Wyatt was willing to sell them out before, and Wyatt and Fiona don’t get caught, and none of it costs Fiona her company, or Parker his contest chances.

Most important of all, no one had better fall in love with someone new.

"Allyson Lindt's Red Hunted is the first book in a duet. I love it! Parker is hot and Wyatt is hotter! Mmmm. The story line is great, a real page-turner. I was consumed by the story. I can't wait to read #2...I am literally clamoring for #2!" - Danielle, Goodreads

Author's Note: Red Consumed is a Ménage Romance with some sexy MM action mixed in. It is Book 2 in a duet. Book 1 is Red Hunted.The fairytales will continue with Sleeping Beauty's duo, Beauty Claimed and Beauty Awakened

Two Plus One (Ménage Romance)
Their Nerd
Their Matchmaker

Null Equation (Dystopian Romance)
Over Exposed
Over Stimulated
Over Shared