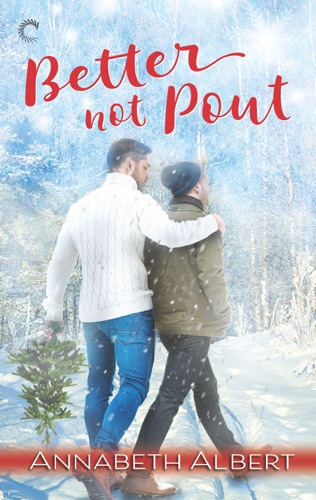 Is it a recipe for disaster? Or a once-in-a-lifetime opportunity for holiday romance?

Teddy MacNally loves Christmas and everything that goes along with it. When he plays an elf for his charity’s events, he never expects to be paired with a Scrooge masquerading as Santa Claus. His new mission: make the holiday-hating soldier believe he was born to say ho-ho-ho.

Sergeant Major Nicholas Nowicki doesn’t do Santa, but he’s army to his blood. When his CO asks an unusual favor, Nick of course obliges. The elf to his Kris Kringle? Tempting. Too tempting—Nick’s only in town for another month, and Teddy’s too young, too cheerful and too nice for a one-night stand.

The slow, sexy make-out sessions while Teddy and Nick are alone and snowbound, though, feel like anything but a quick hookup. As a stress-free holiday fling turns into Christmas all year round, Teddy can’t imagine his life without Nick. And Nick’s days on the base may be coming to a close, but he doesn’t plan on leaving anything, or anyone, behind.

This book is approximately 65,000 words

One-click with confidence. This title is part of the Carina Press Romance Promise: all the romance you’re looking for with an HEA/HFN. It’s a promise!