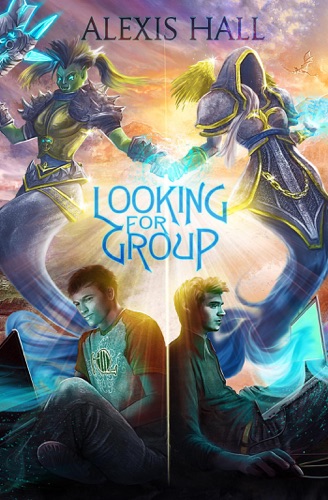 So, yeah, I play Heroes of Legend, y'know, the MMO. I'm not like obsessed or addicted or anything. It's just a game. Anyway, there was this girl in my guild who I really liked because she was funny and nerdy and a great healer. Of course, my mates thought it was hilarious I was into someone I'd met online. And they thought it was even more hilarious when she turned out to be a boy IRL. But the joke's on them because I still really like him.

And now that we're together, it's going pretty well. Except sometimes I think Kit—that's his name, sorry I didn't mention that—spends way too much time in HoL. I know he has friends in the guild, but he has me now, and my friends, and everyone knows people you meet online aren't real. I mean. Not Kit. Kit's real. Obviously.

Oh, I'm Drew, by the way. This is sort of my story. About how I messed up some stuff and figured out some stuff. And fell in love and stuff.