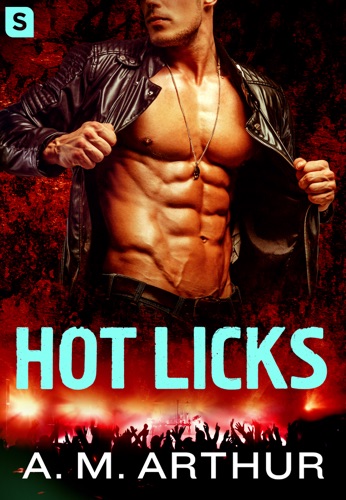 Benji Moore is living his dream traveling as the lead singer of his band. His life would be perfect if he could get his boyfriend, Josh, to commit to an exclusive relationship.

Even though Josh loves Benji, he has good reasons not to trust in long-term relationships. So Josh decides to take some time to himself and sublets a room at a friend’s beach house. But when he walks into the nearby Off Beat bar, he finds a bartender who may be a good distraction from his relationship problems.

Van Holt doesn’t do anything deeper than sweaty one-night stands. But when Josh sets his sights on him, Van is surprised by their connection. Except Van also doesn’t do complicated, and the situation between Josh and Benji defines complicated. But the more time Van spends with them, the more he’s realizing how hard it would be to let Josh and Benji go.

Can the three of them find a way together, or will they all end up going solo?

Hot Licks is part of the Off Beat series by bestselling author A.M. Arthur