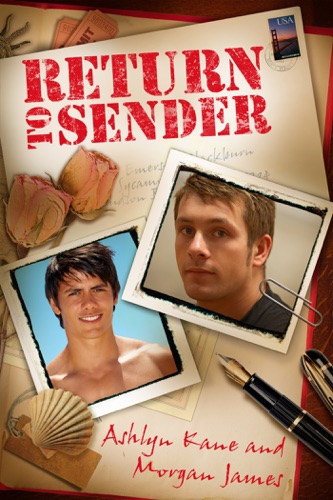 Emerson Blackburn really screwed up this time. He's finally pissed off Jonah, the sweet, patient, funny boyfriend he's loved as long as he can remember, to the point that Jonah isn't even speaking to him. Emerson hasn’t felt this awful since the summer after graduation when Jonah ruined their college plans by running off on a cross-country trip without even saying goodbye.

Jonah isn't just angry. He's furious and hurt. Devastated, even, because he's completely in love with Emerson, but although they've been together for a year, Emerson still doesn't trust him.

The full weight of their past mistakes drags Jonah and Emerson into memories of happier—and lonelier—times, but wallowing in their guilt isn't solving the problems. The only way to move forward is to learn from the past… but someone still has to be the first to apologize.

The Judge's List by John Grisham - The Silent House by Nell Pattison - State of Terror by Louise Penny & Hillary Clinton - Over My Dead Body by Jeffrey Archer - Hollywood Station by Joseph Wambaugh - The Whites by Richard Price & Harry Brandt - The Night She Disappeared by Lisa Jewell - I Have Something to Tell You by Susan Lewis - Next in Line by Marion Todd - Emergence by Shira Shiloah, MD -